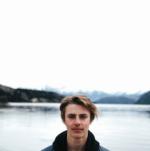 Today’s competition format saw male freeskiers and snowboarders compete across two qualifying heats, with the best score from two runs counting and the top four from each heat plus the next top four progressing to a 12-man final which will take place tomorrow (Thursday). Five female skiers and six female snowboarders progressed to finals.

Korean skier Mee Hyun Lee topped the women’s ski qualifiers with strong execution of her rail tricks, spinning on and off the more technical features. NZ’s Margaux Hackett earned her spot in finals as the second highest qualifier with a composed second run.

“My first run wasn’t clean on the rails and I didn’t get all my grabs but everything came together on run two,” she explained. “It’s good to get back into the competition mindset. I’m looking forward to finals.”
Japanese riders dominated the women’s snowboard field, claiming the top three qualifying spots. Reira Iwabuchi was the standout rider as the only one to land a backside 720. The judges are expecting to see a good finals contest between Iwabuchi, second-placed Asami Hironi and third placed Yuka Fujimora.

Men’s snowboard heat one saw a close finish between USA’s Lyon Farrell and Japan’s Hiroaki Kunitake. Both riders went for a cab 9 tail, front 10, backside 12 on the jump line but Farrell’s more technical rail section saw him land the top score. Kiwi rider Lachie Blackmore snuck through to finals in fourth place thanks to his clean landings but will be looking to land a more technical run come finals time.
“I was hoping to land my step up run on run two but I fell on the second rail. I’m still pretty happy with what I did,” he said.

Norwegian skier Dahl Ferdinand made one of the more technical rails tricks look easy, starting off his run with a ‘super fed’ on the top flat down flat rail. A huge switch dub 12 mute grab on the jump line placed him top of men’s ski heat one and through to finals.

Men’s ski heat two saw the USA’s Ryan Stevenson go head to head with Birk Ruud of Norway with the American skier coming away with the top score thanks to a stand out rail section backed up by a solid jump run.

Stevenson was “satisfied” having met his goals for the day. “My main goal was to make finals but I always strive for more, I always want to make the podium,” he said.

The very last man to drop into the course, Kiwi snowboarder Carlos Garcia Knight saved his best for last. A finals spot was looking promising on his first run with an impressive rail section, including a wildcat off the canon feature. However, he lost speed after the second jump and had to opt out of the last hit. Keeping his composure, Garcia Knight was able to tidy things up on his second turn through the course, landing a smooth run top to bottom with a good combo of well executed tricks and grabs.

“This is a good build up to Winter Games,” said Garcia Knight. “I was happy to put down my runs and now I’m looking forward to a good competition in finals.”