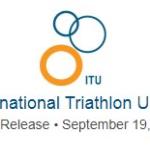 Following the ITU Executive Board meeting held in Rotterdam, and the Annual Congress, the International Triathlon Union (ITU) is pleased to announce the calendar for the 2018 season. With 7 ITU World Triathlon Series (WTS) events plus the ITU Grand Final; 18 ITU World Cups, 3 ITU Paratriathlon World Series and 6 ITU Paratriathlon World Cups, the season is going to be busier than ever.

“I am thrilled with the new calendar, it’s a perfect mix between new additions to our portfolio of events, classic races across the world and a lot of multisport and multi-day events. Our sport keeps growing, evolving and exploring new territories. We maintain the equal prize money for male and female athletes in all ITU events. Our officials and organising committees never stop learning and I am sure that we will deliver an excellent season”, said ITU President and IOC member, Marisol Casado. 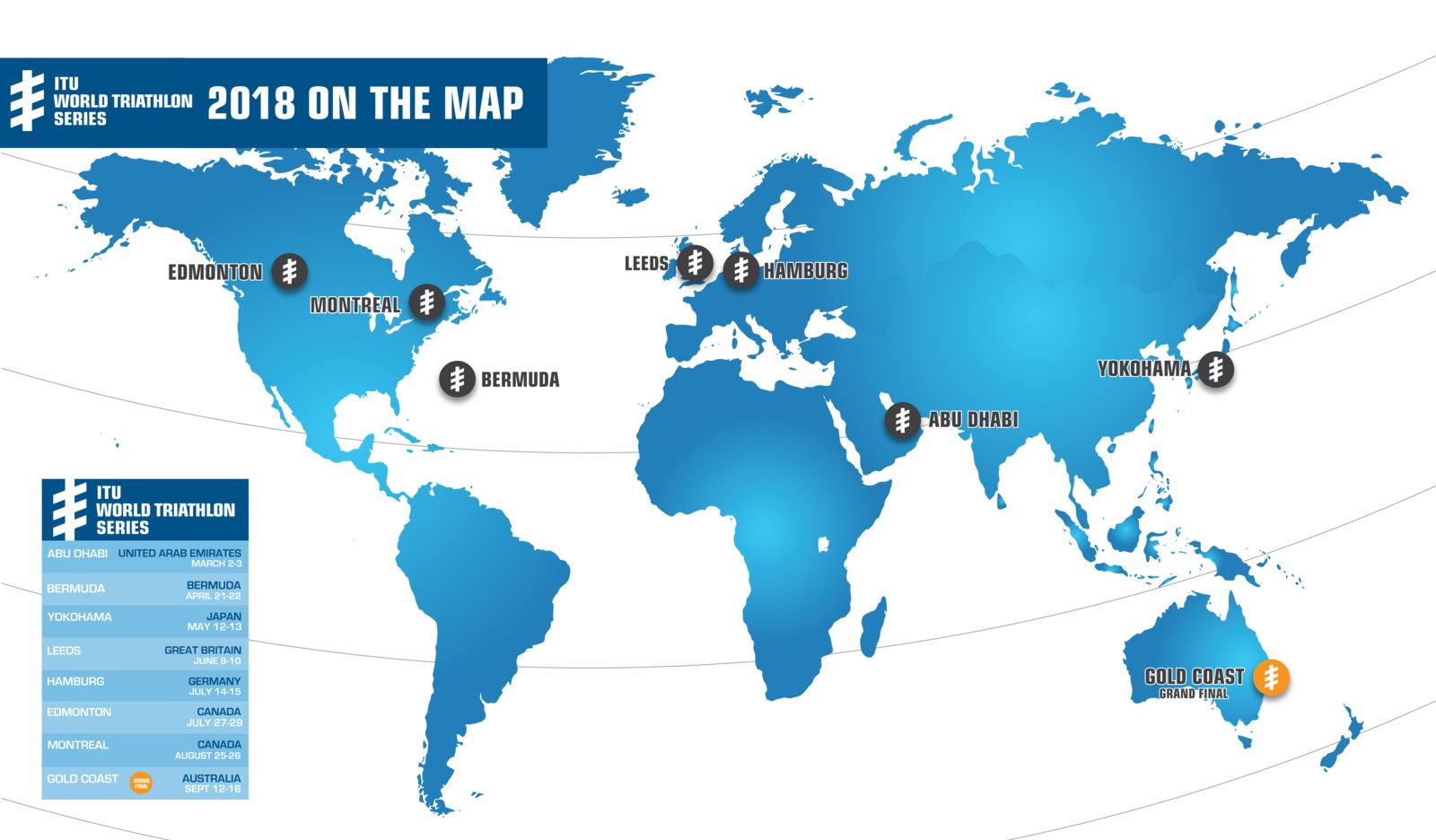 In its tenth season, the World Triathlon Series will feature at eight stops, with one city debuting for the first time in the calendar. The WTS will again get underway in Abu Dhabi on 3 March, to then move onto a new addition to the calendar, Bermuda. The beautiful Atlantic Ocean island will host its very first WTS race on 21 April.

Next stop will be Japan for one of the longest running events on the calendar, Yokohama, where triathletes will be performing on 12 May to then move over to Europe for the third edition of WTS Leeds, which will take place on 10 June.

The series will continue its journey through Europe for again another classic Series, Hamburg, not only for a WTS race, but also one of the most spectacular events on ITU’s calendar, the Mixed Relays World Championships. The excitement and emotions of the team event will be showcased again in front of thousands of spectators on the weekend of 14-15 July.

For the second year in a row, two Canadian cities will host a WTS race. First, triathletes will stop in Edmonton on July 28-29 for a fast an exciting race on a challenging course. The last stop before the ITU Grand Final will be Montreal, ready to welcome athletes to the old port on August 25-26.

The golden beaches of the Gold Coast will host the Grand Final, as well as the Junior, U23 and Paratriathlon World Championships 12–16 of September.

ITU is working with various WTS events and National Federations on the creation of the first ever Mixed Team Relay Series, which is expected to be announced in a few weeks.

The second-tier events, ITU World Cups, will have a new and revamped calendar in 2018, with 18 races across the globe. First stop will be Cape Town in February, and last one will be in Miyazaki (Japan) in November, and in between all kinds of scenarios for races in Sprint, Olympic and Semi-finals and Final formats.