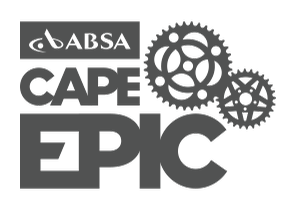 From the majestic slopes of Table Mountain to the magnificence of the Grand Finale at Val de Vie Estate with a manic time trial in between – the 2018 Absa Cape Epic route has been created to be balanced and bold.

The total distance of 658km with 13 530m of climbing will include four consecutive days of 100km, a final stage that is far from an easy roll to the line and a race of truth with a Stage 5 time trial that could shake up the race amongst the elites.

“The last Absa Cape Epic to feature a time trial was in 2010,” said Race Director Kati Csak of the 39km (1430m of climbing) time trial in Wellington, the majority of which will be on the Welvanpas trails. “We’ve reintroduced it this year to change things up and also to give the leading racers an opportunity to attack their rivals. If a team had managed to secure a decent lead by this stage they would normally simply mark their rivals’ attacks, but you can’t do that on a time trial.”

From the Prologue on the iconic Table Mountain, where the Prologue was last held in 2015, the 2018 Absa Cape Epic will visit Robertson, Worcester and Wellington, and finish at the Val de Vie Estate in the Paarl-Franschoek Valley. Riders will spend three nights in Robertson for the first three stages, with a transition stage to Worcester, where they will stay for one night before settling down in Wellington until heading to Val de Vie, which will be the home for the Grand Finale for the next five years.

“We believe the route team have come up with a very balanced ride,” said Csak. “There are some days that will suit the strong climbers, others that will play into the hands of the skilled technical riders. Some days will favour riders able to grind it out for hours on end, but those with more explosive power will also be eyeing stages where they could strike.”

In a break with tradition, the final stage of the Epic will not be the easy day it has been in the past, taking riders from Wellington to Val de Vie over a testing 70km with 2000m of climbing that will make riders earn that precious medal.

“The route also amounts to a real test for amateurs … they’ll need to be fit and accomplished riders to make it through the eight days, including four 100km-plus days in a row,” said Csak

THE MOUNTAIN
Short and oh-so-very sharp. From the imposing buildings of the University of Cape Town riders will be sent up the most vicious climbs of one of the Seven New Wonders of the World. Some may be left wondering about their legs after the first climb that has been given a name we dare not print in public, just 100m long with some sections ramping up to a 40% gradient. Table Mountain has one last punch for the riders, up to Dead Man’s Tree, before they find the masses of spectators who will cheer them on as they head on the loop back to the finish. One last challenge awaits, the eye-wateringly quick descent of Plum Pudding.

NOWHERE TO HIDE
Stage 1 is never easy at the Absa Cape Epic, although this first day will welcome riders with a hard smile that will become a grimace of effort and endurance. A roll around district and farm roads to start is followed by some sharp kickers and the rock ’n roll descent on the rocky, rutted descent of Con’s Singletrack. Takkap Climb comes into play just before halfway and will be the biggest challenge of the day, brutally steep and rocky. Hey, this is Robertson. Everything is rocky in Robertson. The “Hidden Cliff” of Skuilkraans is part of a 14km uphill slog before some small reprieve and a few testing climbs through the Elandskloof Reserve.

AGAINST THE ROPES
This will be like a 10-round world championship boxing match, with a series of climbs that will throw jabs and uppercuts at the riders all day. Learn the names of these bumps, because you’ll remember them well. The Balboa, the Cow Climb, Kat se Pad, Kat de Stert, Neil’s Folly, One-Two-Three Combo, Suckerpunch Climb and, when you think it is all over, the Counter Punch Climb. There will be some fun with the 10km Bosvark singletrack swoop after 82km, which for many will be the highlight of the day. Keep something in reserve for the last 40km.

Stage 3: Robertson-Worcester.
122km
1800m climbing
THE LONGEST DAY
The transition day will be the longest stage of the 2018 Absa Cape Epic, but will not be the most challenging in terms of terrain. Well, except for the Porcupine Trap, a flat-out section through sandy fynbos trails toward the Saggy Stone Brewery that has porcupine dens that could swallow a man whole. The first 20km includes three climbs, but it is Penn Hill that is the main challenge of the day, a 3.5km brute of a climb that comes after 12km of uphill graft. This is thorn country. Look after your tyres on the run in to Worcester.

BATTLE ROYAL
The Queen Stage. The Tough Stage. One Stage to Conquer Them All. This will include two of the toughest climbs of the 15th Absa Cape Epic and the terrain will leave riders exasperated at times. There will be more singletrack than you could wish for. The testing Rawsonville and Smablaar River trails will prepare riders for one of the iconic sections of the 2018 route: The Slanghoek Valley trails, a throwback to the early days of mountain biking, before trails became smooth and “manicured”. The Slanghoek Traverse is a testing descent, while the Thudbuster is a loose and sandy climb that points to heaven but never seems to leave hell. The 9km of the historic Bain’s Kloof Pass is on tar, but feels like it is never-ending. The last 15km takes in the Welvanpas trails and is, mostly, a downhill roll to Wellington.

AGAINST THE CLOCK
Flat out, but far from flat. The time trial is the race of truth, just you and your partner against the clock. This could shake up the elite categories, the intensity of the altitude gain and the short day may catch a few of them out. Back in 2010, when the last time trial was held, Burry Stander and Christoph Sauser put a minute gap into their opponents. That could be more over the three, massive climbs on the day. Rondawel is first up after 5km, then Plantation at 13km and the Seven Peaks 22km in. The fun will come with the Bobsled bridge and the singletrack descents of Cool Runnings and Cool Runnings Two.

TRUE GRIT
And, on the seventh day, there was some small respite. This is the fun day of the 2018 Absa Cape Epic, but riders will still need to go up to earn the right to enjoy the downhills. So, before the 2km descent of the Rollercoaster, you will need to ride 2.5km of up. The Green Mamba climb is relentless, long and steep, but it comes with the reward of the Bain’s MTB Trails at Welvanpas. Fun times are to be had through the Handlebar Snatcher, Deadly White Climb and the Cheese Grater. There is just one more big climb at 58km, but the race village is not far away.

THE LAST STAND
Remember when the last day at the Absa Cape Epic was a trundle home? No more. The climbing starts after just 3km on the Patatskloof (Sweet Potato Ravine). Concrete strips announce the beginning of the Beulah climb, which leads into the seemingly-endless Hawaqa climb, which together gain over 450m in around 6km. Once done with the Protea Climb, riders will be able to see the finish at Val de Vie, but have one last challenge: the Freedom Struggle Climb. The Bone Rattler descent is followed by a last 3km bump and a very loose and rocky descent where they will need to exercise caution. The final 6km is on purpose-built singletrack to the Grand Finale at Val de Vie Estate and the celebration of wearing an Absa Cape Epic finisher’s medal.

* The 2018 Absa Cape Epic mountain bike stage race takes place from 19 to 26 March and the much anticipated route can be viewed here.